Xiaomi launched its fitness wearable, Mi Band 5 in China. The Mi Band 5 comes with an updated design, with several key features and upgrades that make it significantly more advanced than its predecessor, the Mi Band 4, which was accidentally launched a year ago. Although launch dates and prices for India or other global markets have not yet been announced by Xiaomi, it is likely that these details will be announced in the next week, noting that the Mi Band has seen a lot of popularity in the past is.

The Mi Band 5 retains a similar design but brings some significant changes to further improve the proposition. For starters, the band now features a larger 1.2-inch color OLED display and 100+ new animated watch faces. But since Xiaomi Band 5 also has support for 3rd party watch face, you have to worry about not finding the right one for you.

The spray of the animated watch reveals that Xiaomi also has a few that include characters from the popular animated series; Spongebob SquarePants is one of them. There are also matching bands to go with!

Xiaomi has also claimed that the Mi Band 5 comes with an ”improved” processor that will provide more accurate location tracking for faster operation and fitness tasks. The budget segment Mi Band 5 is said to feature 11 fitness tracking modes, NFC, a built-in barometer, improved sleep tracking and water resistance up to 50m. Other helpful features of the Mi Band 5 include a new magnetic charging dock, remote camera control functionality that may be possible when working with Xiaomi’s own devices, and Xiaomi’s female user base, a feature focused on menstrual cycle tracking.

Xiaomi Mi Band 5 also introduces tracking of menstrual cycles which is certainly praiseworthy. This is a feature that we have not seen in a lot of fitness trackers or smartwatches. Xiaomi also offers a PAI (Personal Activity Intelligence) score, which can help users see how active they are.

Xiaomi has also tried to diversify its sleep tracking facility through its latest fitness tracker, and the Mi Band 5 now claims to support REM sleep in addition to deep and light sleep modes. All of this will be accessible via Xiaomi’s companion app for smart accessories and devices and supports Mi Band Bluetooth v5 Low Energy. It is compatible with both Android and iOS devices. 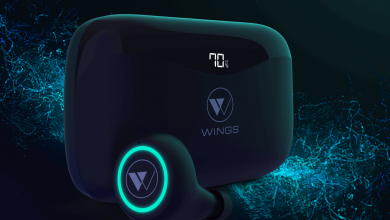